BUTLER — FactCheck.org released a new report on October 19th titled “Misleading Ads from the DCCC” in which the organization dismantled the recent television ad by the Democratic Congressional Campaign Committee (DCCC) against Congressman Mike Kelly (R-PA).

“This non-partisan fact-check effectively tears apart the recent ads that Democrats have been desperately running against Congressman Kelly. It exposes one of our opponent’s favorite talking points for what it is: a flat-out lie. It confirms what so many Western Pennsylvanians already suspect about Ron DiNicola: that’s he an unabashed liar and totally unfit for office. While Congressman Kelly is confidently running on a record of success, it’s pathetic that our opponents are resorting to verified lies and deceit to win. Fortunately, voters know the truth.”

Excerpts from the report:

In Pennsylvania, the DCCC claims that Rep. Mike Kelly’s “net worth increased by millions” while in Congress. But the source DCCC cites show that Kelly’s net worth has gone down since he took office.

The ad says, “2010. Car Dealer Mike Kelly is elected to Congress. And while there, his net worth increased by millions. So, it’s no surprise he helped give special tax breaks to car dealers — like himself.”

The first claim — about Kelly’s net worth increasing while in Congress — is unsubstantiated. The second — about “tax breaks” — lacks context.

The DCCC cites the Center for Responsive Politics as its source. But that group’s website – opensecrets.org – says Kelly’s average net worth was $34.6 million in 2010 when he ran for office, and it dropped to $19.3 million in 2011, his first year in Congress. Kelly took office on Jan. 3, 2011.

Amanda Sherman, a DCCC spokeswoman, made the point that Kelly filed a financial disclosure report in 2010, while a candidate for office, that showed he was worth $8.05 million in 2009. But when the reports were filed is irrelevant. The fact is Kelly’s average net worth increased before he took office, not while in office, as the ad erroneously claims.

As for the ad’s reference to “tax breaks” for car dealers, the DCCC is referring to the Tax Cuts and Jobs Act — a $1.5 trillion law that overhauled the nation’s tax code. It cut corporate tax rates, changed the individual income tax brackets and reduced estate taxes, among other things.

While the narrator says that Kelly “helped give special tax breaks to car dealers like himself,” the ad displays a Wall Street Journal headline that says, “Car Dealers Win Carveout in Latest GOP Tax Proposal.” The Journal story was about a provision added on Nov. 9, 2017, that addressed the treatment of interest on “floor plan financing indebtedness,” which the global consulting firm KPMG explains is interest paid on loans that are “used to finance the acquisition of motor vehicles held for sale or lease.” That includes cars, boats, farm machinery or other vehicles purchased by dealers for lease or sale.

Car dealerships, for example, borrow money in order to maintain a stock of new and used cars on their lots. Under the old tax law, the interest on those loans was fully deductible. The House bill maintained 100 percent deductibility of interest.

Rep. Kevin Brady, chairman of the House Ways and Means Committee, added the provision, according to the Wall Street Journal article cited by the DCCC. The story mentions that Kelly is one of three House members who “have been in the auto-dealing business.” He owns Mike Kelly Automotive Group in Butler, Pennsylvania.

Kelly is a member of the committee and voted for Brady’s amendment, but the DCCC offered no evidence that Kelly was involved in the drafting of the provision that affects his business.

We can’t say what role, if any, Kelly had in the House provision, but we know that the carveout would not have become law without the help of [Rand] Paul in the Senate. We also can say for sure that the passage of a bill in December 2017 had no impact on Kelly’s net worth while in Congress from 2011 to 2015, contrary to the DCCC’s implication.

Rep. Ben Ray Luján (D., N.M.), chairman of the Democratic Congressional Campaign Committee, on Sunday deflected a question about an inaccuracy in one of the committee’s ads targeting Rep. Mike Kelly (R., Pa.).

Luján appeared on “Fox News Sunday” alongside his Republican counterpart, Rep. Steve Stivers (Ohio), at the National Republican Congressional Committee, where they discussed the upcoming midterm elections. Host Chris Wallace played a clip of the DCCC’s ad targeting Kelly and then pressed him on an inaccuracy in the ad.

“2010, car dealer Mike Kelly is elected to Congress and while there, his net worth increased by millions, so it’s no surprise he helped give special tax breaks to car dealers like himself,” the ad narrator said.

Wallace then referenced the Center for Responsive Politics, the source cited in the ad claiming that Kelly’s net worth has increased, saying that their data shows that his net worth has “dropped dramatically.”

“When we see our Republican colleagues voting for a tax package dubbed by the American people as a tax scam that was prioritizing corporations and the most wealthy in America over hardworking middle-class families, we are going to call them out on the record,” Luján said.

Wallace followed up by saying that his question was about Kelly’s net worth, calling it a “fact.”

“To the point of your question, I think that all committees and all spenders out there that are investing in campaign ads across the country, they need to be respectful of that tone, but I would agree with Steve that when we’re looking at voting records, that I think that is fair game as well and we need to make sure we are all looking to see that we can make sure we are having a better conversation with the American people whether it’s the last nine days of this cycle or going into next election as well,” Luján said.

Factcheck.org featured the ad in a post from last week about misleading ads from the DCCC.

Our view: Tariff uncertainty affects jobs and a community’s future

Decisions made hundreds of miles away can drastically impact the fortunes of a community.

And when government makes one of those pronouncements, it can be easy for bureaucrats sitting in an office in Washington, D.C., to forget that there are people behind the consequences of those decisions.

Such is the case with NLMK Pennsylvania.

The decision to impose tariffs on some imported goods, while a policy that is in part a correction of what has been an unfair advantage for some foreign manufacturers, is not a black-and-white issue when it comes to the steel trade.

NLMK has applied for an exemption to the steel tariffs. The company imports steel slabs from Russia, which means that now it is paying huge amounts of money in tariffs.

NLMK uses that steel to create other products, which are manufactured and finished in plants in Farrell and Sharon.

So while an argument about trade and tariffs in Washington might be based simply on theory, in this community, this issue is personal.

It is about jobs, and a community’s future.

NLMK has been up front — it cannot continue to compensate for the huge costs imposed by the tariffs. And if there is no relief, the company cannot guarantee the future of the Farrell or Sharon plants.

That would directly affect hundreds of local jobs. And you can imagine the effect that would have on this community.

But, unfortunately, all of this is happening during an election season — and a relatively aggressive one at that. Some of the challengers and incumbents for those Washington jobs seem to be more interested in hurling barbs than acting quickly to help a community.

What we need now from our leadership in Washington is action, not more campaigning.

And U.S. Rep. Mike Kelly is busy doing just that.

He has spoken to the president and vice president and made his way to the Commerce Department, where a request for an exemption from the tariffs for NLMK sits waiting to be reviewed.

Those who run the agency say they are understaffed and they just have not gotten to every request yet.

But that is simply not acceptable.

And Kelly has told them so.

He knows why this matters, and he is at the forefront of pushing to get it done.

When we asked him for an update, he did not hesitate to give it.

His staff knew how important the question was to his constituents, and they got the message to him that our community needed to hear details on what action is being taken.

And we got them — right from him.

It is time to make an impression on our senators about the need to get on the ball and to communicate with the constituents they say they are fighting for in Washington about what their plan is to make sure NLMK stays right where it is.

Every election season is peppered with promises of how our leaders in Washington are there for the people they serve.

But when it comes to the heartland of our state — the areas where there is no flashy money or urban cocktail parties – they seem to be content with lip service and not, well, action.

We can fall for another round of promises or we can start calling our senators and anyone else who will listen about what we expect when it comes to this important issue.

After all, partisan bickering and identity politics are great for politicos, but wouldn’t it be so much nicer if there were a few more people really paying attention to what matters to the rest of us?

We will see how many of them are listening.

But for right now, our congressman gets an A for being there when his community needs him. We hope he stays on the case.

Our community’s future depends on it.

As my staff and I continue to read through the White House’s Fiscal Year 2019 budget proposal and assess its details, I appreciate President Trump’s commitment to ensuring a strong national defense, promoting a healthy economy, ending the opioid crisis, and more. 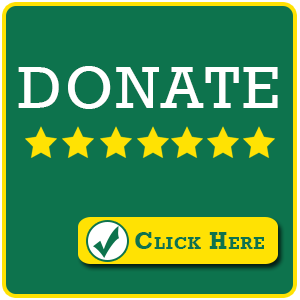 If You Prefer to Mail Your Donation